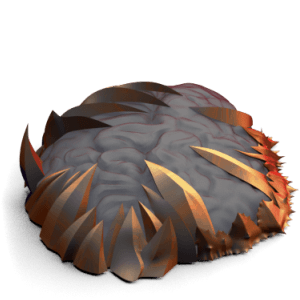 100020002000 CRP 4
You can manage the swarm from a single brain center that can transmit energy of the ruling to lords. The qualitatively new stage in the development of the neural core always requires the much higher quantity of resources than before. But each new level increases the ability. The neural core produces energy, controls a swarm outside of the planet. Each level of the neural core increases the maximum number of swarms sent into space by 1, reduces the time of mutation of units (buildings, defence, fleet), reduces the time of development of the new evolutions. The neural core, starting with level 7, becomes very large and stands out above the planet’s surface.

More >>
Enemy forces will destroy it during the attack, but the neural core of 7th level gets a special attacking ability and also blocks the enemy phalanx on that planet, where he is. On a planet with the 7th level of neural core, the attack in the galaxy become visible to your allies in automatic mode, if the attacking fleet has over 1000 points.
Produced energy by the formula:
90 + 10 * level to the power of 4
Comparison by level
Evolution treeDescriptionCatalogue
…