What to do with comets?

Got this happening. Checked the catalogue but no info there. Anyone know what this is about and if it can be interacted with?

Send the collectors to orbit , defense or recycling with no return order
From there look in the fleets (green/orange/red numbers) there should be an icon , click this and it will take you to 3D flight ,click on the 3D fleet , then look in the box to lower right, there should be an option to write those coordinates

Thanks for the feedback. I tried but must have been too late. It looks like they only stick around for 2 hours in one spot.

Recycling order does not give you free flight

Tried again today when this showed up:

Couldn't do anything with it. No option to go into 3D flight anywhere.

Free flight option for the fleet , I only know it works with a single unit with defense order at high orbit , i have not tried/tested any other method , grouped units multiple fleets etc
there is also no option to write coordinates in free flight
I think there is a bug with visiblity though
I sent a unit to high orbit and the comet i was able to find the fleet harvesting it and my cargo ship defending it
This is the outcome 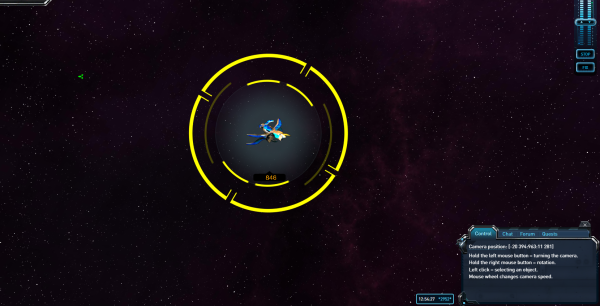 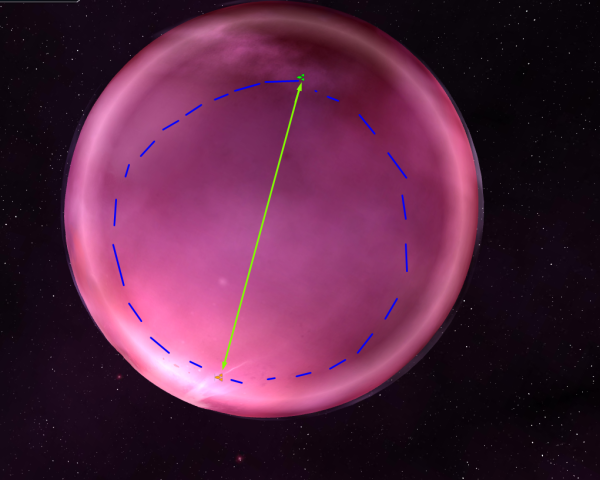 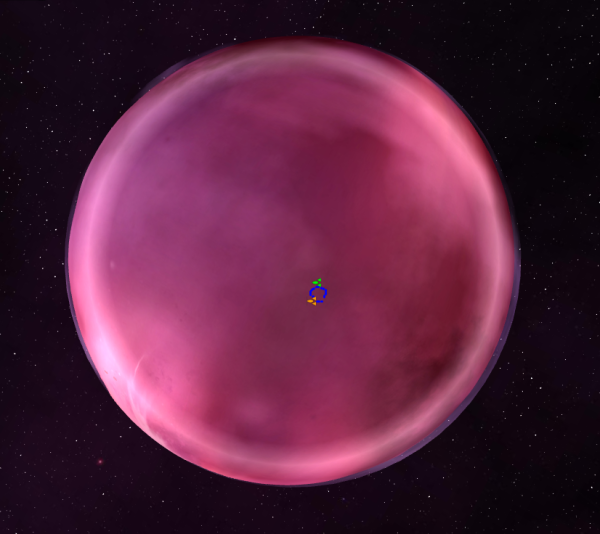 Send a small cargo to high orbit to make it visible to you then you be able to harvest it no problem. Any small ship should do. 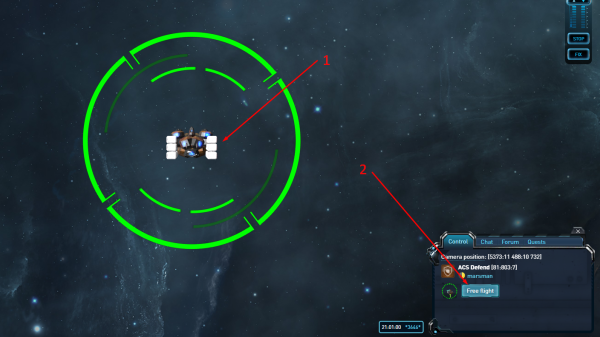 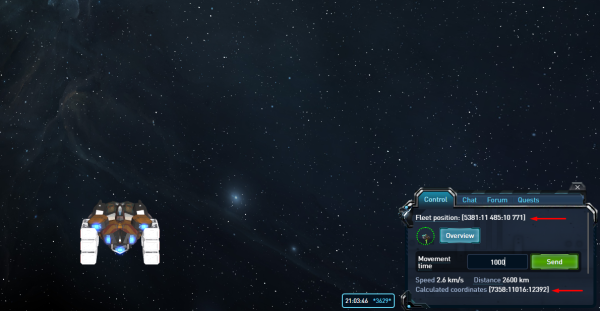 Any more info on this? I keep trying to connect with a comet with no success. They don't show up on the fleet movement screen anymore and I have tried sending a ship to the coordinates via the FREE FLIGHT screen, but no luck there as the lowest flight time to the comet's coordinates is 1 day + 16 hours.

been sitting on comets for the past week, but recycling time is shit!!!
I think they reduced recycling speed in half (*0.5) since August ((

barely managed to clean one just now and and then shoot it down - "Your gravity gun destroyed comet on coordinates [x:y:3]" but there is NO debris((
after destruction the object comet turned into gray circle(like a moon) and my unit that sits there in defence continues to stay there.. I bet it will be kicked out in space in 24 hr like usual for gray circles).

How to get there to see the comet it's all as instructed in previous images.

//Ralph - look at it from the math perspective: you have an object that appears randomly and move from point A(in space) to point B(in space, same coords, in a set amount of time) until it disapears.
don't know exact time when it disapears, let's say it 48 hr for example, so after you spot it from Expedition you deploy 1 unit in defence at those coords and start moving towards it.
Ideally those coords would be like 5 digits up to 30k (something like [20000;23000;-18000] then your SmallCargo would need to fly around 2,5hr until it reaches target but already in 30-60min you can already spot the comet (you are close to it with your unit) so you can see it flying in galaxy and you can see it when sending units to those coords -spy/defence/recycle.
If the coords are in 6 digits, well you could reconsider if it's worth the effort to go for it, for example I've found one at "local coords[-103541;-148128;21900]" and I've been flying towards it for 32 hours now...and still haven't reached it or got close to it to send my small fleet... will it be there in few hours when I wake up in the morning - I don't know(( because comet's time is going to an end, and I don't know when that is. (I've lost one this week like this) In this case it's a gamble in which I'm spending my time +1 movement slot for it to see if I can catch it ;P
You'd better consider going for another comet, just scan/Exp the area around you and you'll be amazed how many are there...I bet they'll reduce their number next month((
PS: Hint: xerj Broodling has the highest speed of flight, so use your xerj to move it towards coords.
«  · General Discussion ·  »