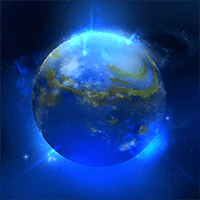 5001000500CRP 4
The level of colonization technology determines the maximum of planetary objects (planets, planetary pirate stations, temples), asteroids and satellites, which you can control. To colonize a new planet, send Colony Ship an unoccupied planet with the “Colonization” order.
You cannot colonize an occupied planet, but it is possible to colonize occupied asteroids, orbital and planetary pirate stations, temples if you win the battle with the owner of the object.

On asteroids, you can produce increased amounts of resources with the help of Recycler. The temperature of the asteroids affects which resources will be produced more.
Evolution treeDescriptionCatalogue
…