Change of banks and powers of the heads of alliances, NT, withdrawal f

Powers of the People's Tribune
1. To mark the voting of the Senate on the presentation of the administration of the project for development,similar to how the current vote will be presented for development... Dedicated NT votes are sent for consideration to members of the administration and project developersXcraft, who are obliged to start developing the required changes or unsubscribe about them if the vote on the changes is positive. Project developers can choose the person responsible for development right in the voting topic, like in the bugs section. Senators see the designated development lead. 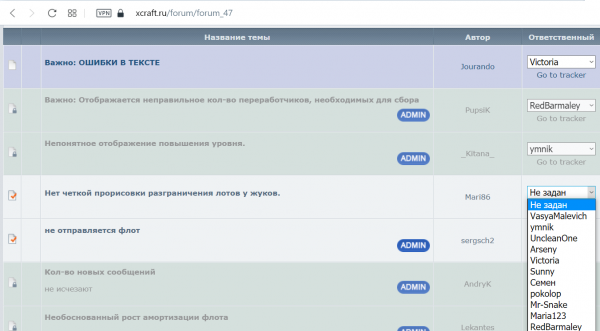 Technically, NT on the Senate forum will have a button "send to administration" after which the decisions of the Senate appear for all members of the project team as a number like new messages. After the appointment of a responsible person, the figure decreases for all who are not responsible.

In connection with the remarks of the former Balance Editor, I propose to change the powers of the heads of the alliances.
At the forum, they did not express an idea why it would not work. Let me explain my own: the head of the alliance has absolutely ultimatum rights. If a "competitor" appears, he can kick it quite calmly. The second moment, let's say there was a "conspiracy", they suddenly decided to change the chapter, the bank moves on to a new chapter, but remains in the orbit of the old one. What prevents the old chapter and his minions from removing this bank.? And instantly.
Powers of the heads of alliances
1. Set the CD for expelling from the alliance for a period of one year alliance members who have gained 1% or more in the election of the head of the alliance. If the head decides to remove such a member from the alliance, the member sees the deletion timer on the alliance page and can leave the alliance himself instantly. If he doesn’t want to, he will only leave the alliance in a year.

I also propose to give the opportunity to any player to voluntarily leave the Senate or the Navy. without the ability to change your mind for a period of one year. When the player leaves the authority, one seat is vacated there, since the number of seats in the Senate and the Navy is static.

Please vote in batches.
If our zeroed one can do it for a constitution on stumps, why can't we?